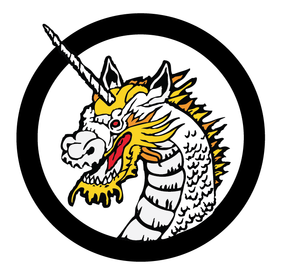 This is another of Chi Ling Pai’s internal animals. An important aspect of Unicorn is that it will change animal styles at will. It is, like Dragon, a mixture of all the animals. However, the Unicorn does have an attitude different from the Dragon. Its strikes are often palm strikes that leave mass in the opponent. The body moves with agility and turns quickly. The fighter moves in the attack like a tornado.
​
The Chinese Unicorn is the basis for Chi Ling Pai Gung Fu®. It is the namesake of the system. In Chinese mythology it is directly under the Dragon in its importance.