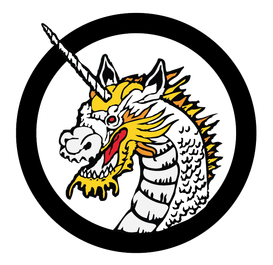 The History of Chi Ling PAi

​Chi Lin was developed by Master Dennis Decker over the 47 years he studied the martial arts. His knowledge and understanding of fighting have been taught to students all over the United States. 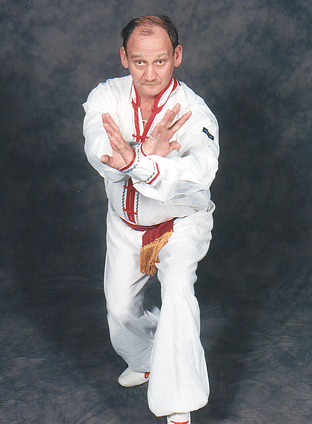 No one can speak about the history of Chi Lin without also speaking about Master Dennis R. Decker. "Sifu" was Chi Lin. It was his art and way of fighting that distinguished him from other martial artists. A great amount of knowledge and understanding in the martial arts came from this man.

He was born November 15, 1942 in Summerville, New Jersey. He started martial arts training with his father who learned Judo when he was in the military. While in High School, from 1958-1962 at Bridewater Raritan High, he continued to study Judo and attained his first black belt rank. Then he studied Kempo at a local Tracy Kempo School.
He joined the military after High School and continued to study the marital arts intensely.

When Master Decker practiced the fighting skills he was learning, he would experiment. He would concentrate on what he was doing and he would try many different variations to the movements he was doing. What different ways could he attack, how could he sneak inside and hit with explosive power. Distance, timing, speed, energy, mass in motion. Dose it work better tensed or relaxed? And, at what times would that be different? How can he attack the circulatory system? How can he attack someone's ability to breath? How can he fight a powerful opponent much larger then himself?

He found that the most deceptive methods would usually work. They came from Natural Body Movements.This is how Chi Lin developed.

He learned these things by fighting. Not by kickboxing without using the skills he was learning, but by fighting with his Kung Fu and Kempo techniques. Not necessarily trying to show off but by training. Hard. Thinking and questioning, honestly. By looking at his weaknesses and working on them, one by one.

During his life he studied with many teachers and learned many things from each of them. Grandmaster Daniel Pai was one of those teachers. Dr. Pai taught his family style of Kung Fu as well as some Kempo to Master Decker. Eventually, Master Decker became one of his top instructors, at that time. He studied with people like Grandmaster John Weninger and Grandmaster Thomas St.Charles. He taught people like Master Bob Schoolnick, Master David Smith and Master Mike Kaylor. Great Masters and Grandmasters in Pai Lum Kung Fu.

In the mid 1970's he started teaching Chi Lin Tao, or Chi Lin Kempo, throughout West Virginia and Virginia. People like Noah West, Mike Snider,Sam Boyd, Charles Brown, Ron Wilkerson, Jim Goode and David Wolfe trained and studied with him during this time. To this day, most of these Masters are teaching students and keeping the art alive.
As time went on in West VA, he called his art Chi Lin Chuan Fa. It was all his understanding of movement and fighting at the time. He was teaching forms like Black Ape, Long Monkey Fist, Eagle Claw, Long Dragons Fist, Stalking Tiger, and White Tiger just to name a few.

He was also traveling in the Pittsburgh area teaching his art. He would spend time with Goshin Jutsu Grandmaster G. Durant, trading techniques and ideas from their arts. He would train with Grandmaster John Hamilton, Soke Matthew Durant Master Stephen Capela, and countless other students and instructors from that area of Pennsylvania.
While on a visit to his parents home, now in Point Pleseant, NJ, he met Bob Burger and Vic Marini. Both of them were studying Karete at the time. They also became Sifu's students. Later, both would attain Master level in his art of Chi Lin Kempo. For years Master Burger and Master Marini had schools at the Jersey Shore.

While living for a time in Pittsburg, PA, Master Decker met and taught Dan Pauly. After years of training and practice, Dan was awarded a Masters Level in Chi Ling Pai Gung Fu. He eventually moved to the Chicago area and began teaching at a school in Westmont, Ill. He taught there with Master Roland Romier, who studied Kosho Shorei Kempo Ryu and Modern Arnis with Bruce Juchnik Hanshi. It was at this time that Hanshi Jutnick and Grandmaster Decker would train together. During the mid 1980's Dan created the schools symbol that encompassed all the arts that were taught at the Westmont Academy. Chi Ling Pai Gung Fu, Kosho Shorei Ryu Kempo and Modern Arnis. This symbol was later used in New Jersey and Florida for Master Deckers schools and my own. To this day, I still use it as the symbol for Chi Ling Pai Gung Fu. Roland and Dan taught for a number of years during the 1980's.

Master Decker began teaching full time in New Jersey in 1978. During this time, he was still teaching Master Bob Burger and Master Vic Marini as well as Sifu Paul Ziegler, Master Dale Biles and myself, (Scott Felsen). He would still make long trips to West Va, Illinois, California, Pittsburg and other areas of the country to teach.
He had a few different schools during this time.. He taught out of a Judo school in Wannamasa, NJ. Then, for years, at his apartment and the grass field next to it, in Ocean Township NJ. Later he taught at his school, The Jersey Shore Academy of Self Defense in Red Bank, NJ.

During this time he taught forms like Seven Setting Suns, Tiger and Crane, Fist of the Five Ancestors, White Lion, Snow Bear, Flowing Motion, The Goddess Fist Set, Fist of the Eight Drunken Immortals, Five Animals Fighting Forms, and others.

In 1993, Master Decker moved to Mays Landing in South Jersey to study cooking. After becoming a certified chef, (a lifelong ambition), he moved to Geneva, Florida and lived in the middle of a jungle swamp in the tiny Volusia County town. About a year later, he moved to Edgewater, Florida and then, one town away, to New Symrna Beach, Florida. These towns are on the east coast just south of Daytona.

As Master Decker got older, his understanding of mass and movement developed and grew. His art had changed into one that stressed movements from Pak Kua Jong. "The Eight Circles". Within these eight circles, was the Chi Lin of his past. The techniques and knowledge that defined his art a decade before, was now used with the Pak Kua footwork.
The Kung Fu Animal basics was how he attacked. However, his blocks became his whole body moving as one. Coiling and then expanding with explosive internal strength. All moving like a spinning top.

At this time, Master Decker taught at a Karate school in Edgewater, where he instructed local martial artists. He would travel all over Florida during the mid 1990's teaching. He taught in the Tampa area at an Okinawan Karate School.
In January, 1996, Master Decker was inducted into the Goshin Jutsu Black Belt Hall of Fame in Erie, Pennsylvania. They honored Master Decker for his contributions to the Martial Arts and the friendship he had years before with Goshin Jutsu Founder Soke G. Durant. Many of Master Deckers students from New Jersey and Florida attended as did many of the Martial Arts Grandmasters and Masters from PA and Canada.

On December 20th, in 1997, He died of a heart attack in the morning at about 8am. The day before, he spoke to his cousin, Aikido 3rd Degree, Jason Baron, who helped him the last few years of his life. He told Jayson that I, (Scott Felsen) was going to be coming there the very next day. Jay corrected him, knowing that I was coming down for Christams a few days away and not the next day. Master Decker said "No, he will be here".

Sure enough, he was right. From his comment, Jayson believed he knew he was going to die the next day. By this time, he was very sick and had been very sick for months.

He was in and out of the hospital many times. Often I would visit him there. He would make friends with all the nurses and the patients around his room. It was something else. Master Decker was very good at making friends with total strangers.
He was cremated in his white satin kung fu uniform, according to his wishes. His ashes were flown to New Jersey where a memorial service was held. His ashes were then spread on the ground at his parents gravesite in Summerville, New Jersey.

Chi Lin now lives on in his students, From New Jersey, West Virginia, California, and Florida, students continue to train in his art and system.

Thank you, Sifu, for your Martial Art and for years of awesome training.